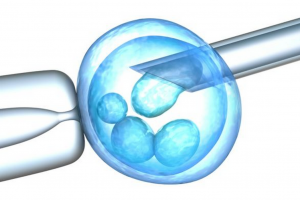 Yesterday, it was announced that Facebook and Apple are offering egg freezing as part of their insurance coverage for female employees.  Today, there are various editorials, blogs, and opinion pieces regarding the policies; some supportive, some not.

Facebook began offering coverage of up to $20,000 for fertility treatments in January 2014 while Apple will offer coverage in January 2015.  Some reports indicate that Citigroup and Microsoft also offer this coverage with Google considering the option but details are still unknown.

Social fertility preservation – the decision to delay childbearing due to personal choice or circumstances – has been on the rise since 2012 when the American Society for Reproductive Medicine (ASRM) lifted the ‘experimental’ label on egg freezing.  Egg freezing is considered an elective procedure and is typically not covered by standard insurance policies.  The cost of egg freezing and associated procedures can be upwards of $10,000 for each round of egg retrieval and approximately $500 per subsequent year in storage fees.  Egg freezing, if done, should be performed prior to age 35 when a woman’s fertility begins to more steadily decline.

While some applaud these companies for offering women the financial ability to choose to freeze their eggs and focus on career advancement, others believe it sends a message to women that work advancement is more important than personal and family-planning goals.  This is a very polarizing topic; even within the confines of the Oncofertility Consortium there are a vast array of opinions and we look forward to learning more details about the coverage available to employees and from the female employees themselves.