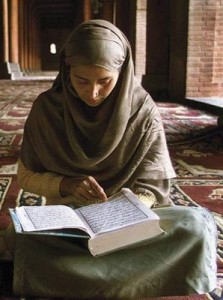 As you’ve seen in previous blog posts, we’ve discussed the religious implications of assisted reproductive technologies (ART) in certain faiths and challenged ourselves to rethink oncofertility in the context of religious traditions. Through analysis and close examination, we can often discuss the challenges oncofertility poses to religious communities in a way that encourages thoughtful reflection. One area I knew little about and wanted to better understand was how the practice of oncofertility fit into Islamic conceptions of motherhood. To do this I turned to Dr. Ayesha S. Chaudhry’s, “Unlikely Motherhood in the Qur’an: Oncofertility as Devotion.”

To start, Muslim attitudes toward ART are by no means uniform, and often depend on the inclination of the legal scholars in any given community. In general though, Muslim jurists have been obliging on matters of reproductive technologies, so long as paternity is protected. When it comes to oncofertility, the repercussions are minimal if the ovarian tissue belongs to the woman it was removed from and any eggs removed are fertilized by the husband or future husband only. Using donor sperm becomes problematic since it puts paternity into question and establishing the patrilineal lineage of a child is paramount in Islamic law. This is the main reason why adoption is not allowed in Islam.

Although Muslim women would face few barriers in Islamic law if they were to pursue oncofertility procedures with their husband, they may struggle with the role of God in their infertility. Muslim means, “submission to God,” and it’s an important value for followers to exemplify. According to Dr. Chauhdry, “Muslim women might feel that by choosing to engage in fertility-enhancing technology, they are demonstrating a lack of trust in God and that they are not ‘submitting’ to His will in the matter of their infertility.” Thus it would be a huge religious obstacle if Muslim women felt that they were subverting God’s will rather than submitting to it.

While there is pressure to procreate in Muslim communities, motherhood is not considered essential to womanhood, therefore her infertility or potential infertility need not compromise her identity. While only one of Muhammad’s 11 wives bore him children, they are nonetheless referred to as “the Mothers of the Believers” in the Qur’an. Nevertheless, offspring is considered a basic marital right and impotence or infertility are grounds for divorce. This further complicates the decision-making process to pursue fertility preservation methods as opposed to being content with God’s will.

In Dr. Chauhdry’s “Unlikely Motherhood in the Qur’an: Oncofertility as Devotion,” in Oncofertility: Ethical, Legal, Social and Medical Perspectives, she offers new ways for women to think about their choices when making fertility preservation decisions. She uses Qur’anic stories to provide a religious framework which places fertility preservation in a sympathetic context rather than a subversive one. To learn more, read the full chapter here.