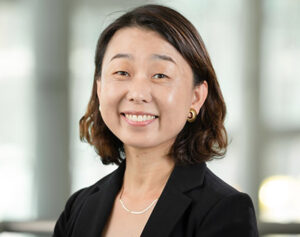 Here is some more information about her talk on fertoprotective agents.

Advances in cancer therapies have improved survival outcomes from various diseases in patients. However, these life-saving therapies often have long-term adverse health effects related to the disruption or loss of ovarian function in female, such as cardiovascular disease, osteoporosis, and infertility. Gonadotoxic therapies can cause premature ovarian insufficiency (POI) after destruction of the ovarian reserve, defined as all of the follicles in the ovary available for future fertility and endocrine support, and growing follicles. Currently, female patients can undergo fertility preservation procedures to remove and store mature eggs, embryos, or cortical strip of ovary prior to treatment. However, such approaches do not preserve the endocrine function of ovaries and are not possible for prepubertal girls or women with hormone-responsive disease. As an alternative approach, neoadjuvant therapies that protect the ovarian reserve against gonadotoxic treatments have been intensively explored. Her will introduce the concept of neoadjuvants, the currently known mechanisms underlying the fertoprotective effects of adjuvant therapies, and the possibility of application of fertoprotective agents in near future.