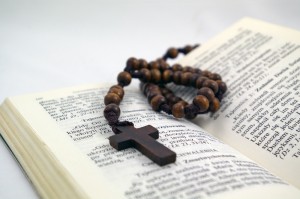 Assisted Reproductive Technology (ART) first came onto the Vatican’s radar in the early 1950s and by 1956 Pope Pius XII, proclaimed artificial reproduction as unlawful in the Catholic Church, because it produced human lives by separating procreation and normal sexual function.  Fast-forward to Catholic moral teaching today and you will find that it accepts some forms of ART; however, only those that involve a married couple engaging in sexual intercourse resulting in procreation without any physician interference in the act itself. Some of these applications include hormonal treatments and surgery for endometriosis.  With those guidelines in mind, some of the current technologies in oncofertility seem to be consistent with Catholic moral teaching, specifically autologous ovarian tissue transplantation (OTT) which involves removing ovarian tissue to be frozen and thawed for re-implantation at a later date. This transplantation provides undamaged follicles to the cancer survivor and can restore normal endocrine function, allowing her to procreate “naturally,” according to the church.

In a recent article in Theological Studies, Paul Lauritzen, PhD, and Andrea Vicini, MD, PhD, discuss the potential dialogue between theologians and evolving technologies, such as OTT. As a former graduate student of a very traditional Jesuit university, I have a pretty clear understanding of Catholic moral teaching and traditionally the Catholic response to ART has not been favorable. I asked Paul Lauritzen, philosopher and ethicist, if he found that conscience and technology were mutually exclusive or if they had the ability to meet each other halfway in an effort to move forward with some reciprocity? He replied that, “what you find if you pay attention to the kind of debates raised by emerging technology is that many religious traditions seek to wrestle with the issues raised by the new technology in ways rooted in tradition to be sure, but also seeking to engage the new technologies in creative ways and often what happens is there is a kind of give and take.”  In the article “Oncofertility and the Boundaries of Moral Reflection” Dr. Lauritzen also recognizes the interdisciplinary approach the oncofertility community has taken. In our discussion he stated that, “there’s been an effort to engage both religious leaders and also those familiar with the ethical teachings of religious traditions to get them to reflect on the technology from within those traditions and at least help frame how the tradition is likely to approach the technology.”

In order for OTT to even get on the radar of the Vatican, enough people at the grassroots level would have to question this application and bring enough attention to it so those questions start to filter up. This line of questioning and discussion has already opened up at the Oncofertility Consortium and with time, one can hope that it reaches the Pope. You can read the full article in “Oncofertility and the Boundaries of Moral Reflection” here.