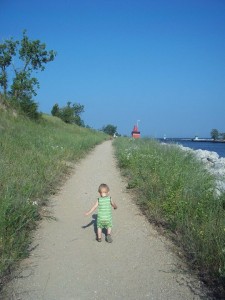 Motherhood has long been viewed as a valued role for women, regardless of whether or not every woman is a mother or plans on being one. In all fairness, it is a defining role for many women and something that gives their lives added meaning. I can certainly understand how this could be a principle role in one’s life – I feel as though motherhood, among other things, gives my life purpose and a completeness stemming from conceiving, carrying and raising a child.

Historically, women who did not have children were viewed as unfortunate (I am referring primarily to middle class, white women). Their primary role was in the home and children were a large part of “keeping a home.” Before women entered the paid workforce, their primary job was to have and care for children. As you can imagine, women who for whatever reason were unable to bear children, suffered socially and emotionally as a result of their infertility. The idea of being complete, of being a whole woman was challenged by their childless identity.

In a new article by Sarah Rodriguez, PhD and Lisa Campo-Engelstein, PhD, entitled, “Conceiving Wholeness: Women, Motherhood, and Ovarian Transplantation, 1902 and 2004,” they explore the idea of wholeness experienced though organ transplantation, specifically ovarian tissue transplantation in infertile women.  Women began requesting medical interventions for infertility as early as the beginning of the 20th century suggesting the “cultural resonance of pregnancy and motherhood.”  As surgical interventions to correct infertility grew in popularity, infertility was no longer seen as a “personal misfortune… [but instead] a medically treatable condition.”

In their article, Rodriguez and Campo-Engelstein argue that ovarian tissue transplantation can serve, through the act of biological reproduction, to render women whole, meaning to conceive and carry a pregnancy naturally. By utilizing case studies that span over a century, they show that the idea of wholeness embodied in biological motherhood still permeates women’s identities thus, organ transplantation that restores fertility in women helps facilitate this idea of completeness.

To learn more about this and the history of ovarian transplantation, please read “Conceiving Wholeness: Women, Motherhood, and Ovarian Transplantation, 1902 and 2004,” by Sarah Rodriguez and Lisa Campo-Engelstein. You can also find their research on fertility in, Oncofertility: Ethical, Legal, Social, and Medical Perspectives.