Advances in oncofertility can help preserve the fertility of many cancer patients but women who receive cancer treatment to the pelvis, including radiation and surgery, may lose the ability to carry a child to term. A few weeks ago, we also discussed how radiation to the ovaries and uterus can increase a cancer survivor’s risk for stillbirth and neonatal death. In these cases, women who preserve their fertility through egg or embryo banking may need to use surrogacy. 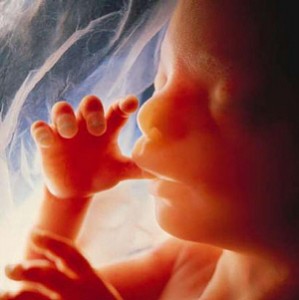 There are two common types of surrogacy arrangements. In traditional surrogacy, an infertile couple finds a surrogate mother to be artificially inseminated with the husband’s sperm. In this case, the surrogate is also the biological mother of the child. Traditional surrogacy was popularized in the mid-1970s in the US and was the only available type of surrogacy until the advent of in vitro fertilization (IVF) in the 1980s. The development of IVF allowed women with healthy eggs to fertilize them in a laboratory and have them implanted in another woman, called a gestational surrogate, who will not be genetically related to the child. Cancer survivors who have preserved their fertility but are unable to carry a child to term can employ this type of surrogacy.

Going through pregnancy to give someone else a child is a generous act no matter what. Some women find friends or family members who are willing to carry their child without compensation. In addition, couples can also find women who are willing to be a surrogate or gestational carrier for a fee. In the US, costs for surrogacy are high and can easily run up to $70,000.

The high costs of surrogacy in the US led to the popularization of surrogacy tourism, where couples employ surrogates and gestational carriers in other countries. Surrogacy costs in India, which run around $25,000, are considerably less than the US. In fact, the Indian Council of Medical Research predicts that surrogacy in that country may soon make $6 billion each year.

The advent of surrogacy has raised many legal issues surrounding parenthood. Some court cases received much media attention and changed state laws. Since each state has its own laws about surrogacy, it can be quite complex for a couple to determine the laws of their individual state. This complexity has led to some surrogacy scams that take advantage of needy couples. The FERTLINE (866/708-3378) has experience helping couples find local resources that can explain the laws and practices in their states.